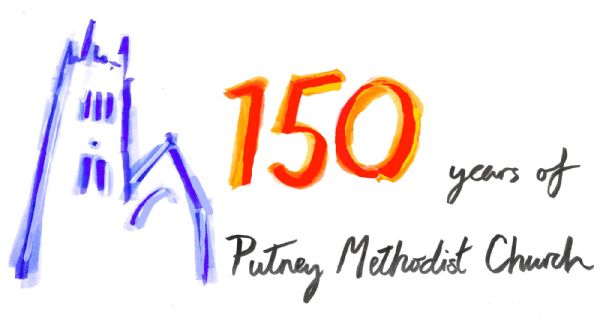 On Thursday, 16 October, 1870 the first morning and evening sermons were preached in Putney Wesleyan Chapel by Rev'd John Bond. He was the Wandsworth Wesleyan circuit minister with responsibility for nurturing the small Wesleyan community in Putney, now worshipping in their newly built chapel on the Upper Richmond Road. At that time, Gwendolen Avenue did not yet exist, and most of the surrounding area behind the church was still open fields.

On Sunday, 17 October, 2021 (delayed for exactly a year by the pandemic!), the current minister, Rev'd Geoffrey Farrar, and guest preacher Rev'd John Cooke conducted a celebratory service in a packed Putney Methodist Church to mark the 150th anniversary of this happy occasion.

This was the culmination of two days of celebratory events in and around the church, attracting many local Putney and nearby residents, many visiting the building for the first time. This was all made possible by the enthusiastic participation and individual contributions of many members of our Putney church family. This included musical concerts in the church (including a first performance of our own Lesley Murray’s choir anthem ‘In This Place’), a charity book fair and a ‘Victorian Café’ in the church – serving delicious savouries and sweets, including various versions of Victoria sponge (some following the contemporary Mrs Beeton’s original recipe!), and ‘Maggie’s iconic mushroom soup’.

The centrepiece was a new exhibition Putney Methodist Church 150 mounted in the church, which attracted many local residents intrigued by this fresh look at the origin of our church set within the context of the area and the Victorian times in which it was founded and began to grow and take root.

The exhibition was the ‘lockdown project’ of one of our organists, David Armstrong. David explains that while the original remit was a small exhibition to commemorate the original chapel built on the site, he was keen to research and illustrate the wider context of the realities of the time, and the place in which the Methodist family took root here, trying to bring to life the key people, many little known or forgotten, involved in the story. Therefore he extended the scope progressively to embrace not only the church and its founders themselves, but all the other churches appearing in Putney around this time – described as the greatest boom in church building since Medieval days. 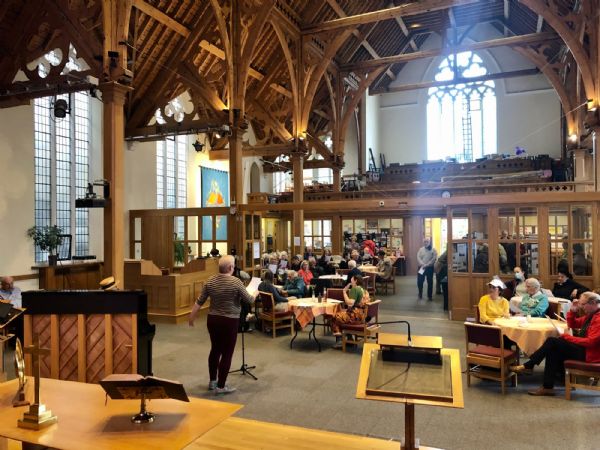 As we expected a significant number of local residents to visit the exhibition, many of whom would not be Methodists, he focused on specific areas where Methodism has left a strong imprint on society, like the growing prominence of Hymn singing in the Victorian time, the role of our Sunday Schools before state education was widespread, and the strong Methodist influence on the rise of the British Labour movement and trade unions.

The scope of context also extends to Public Health (especially interesting in present times!), Education, Sport, Travel, Music, Art, Literature, Entertainment (revealing Putney’s very own music hall)…even the heyday of that other great Victorian social institution, the Pub (and of course the rise, and fall, of the Temperance movement.) All this through wartime and peace.

Among the delightful surprises were local visitors who brought mementoes to add to the exhibition, such as a prize bible issued by the Putney Wesleyan Sunday School to one visitor’s mother over 100 years ago in 1909. 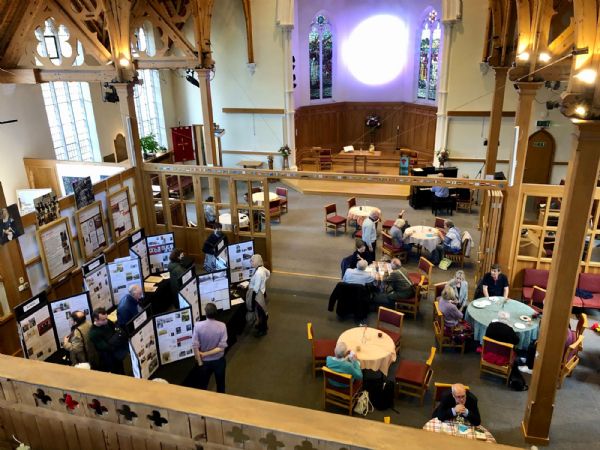 Among the most fascinating exhibits were a complete handwritten record of a 1900 interview on the state of the church and the population it served with the current Putney Wesleyan minister, Josiah Flew – astonishingly blunt, entertaining and full of minute details of observation (obtained from the LSE archives). Further research revealed that his teenage son during his Putney ministry went on to become president of conference, and a leading architect of the union of Methodist Churches in Britain, while Josiah’s grandson was to become one of the world’s most renowned and influential exponents of atheism, Anthony Flew, who was to recant in later life with his “There is a God, and how the world’s most notorious atheist changed his mind”!

Another fascinating item is two separate and detailed eye-witness accounts of the V1 ‘doodle bug’ flying bomb landing a few yards from the church across Upper Richmond Road in June 1944.

From 3 November, the exhibition will move to Putney Library in Disraeli Road, where it will be open to the general public.