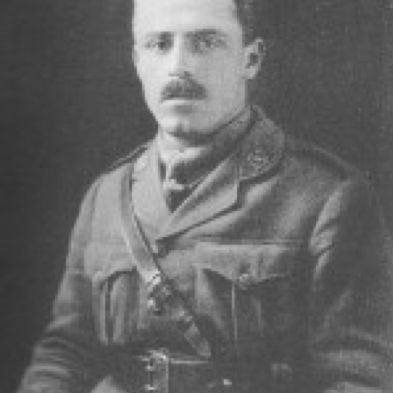 Lieutenant Burton died at Gommecourt during the first day of the great Somme offensive. His name is commemorated at the Thiepval monument in France for the fallen at the Somme. His family lived in Oakhill Road, Putney.
“On the left flank, a small group of battalion bombers, no more than 10 men, led by 2nd Lt. C. H. Burton, set off up Ouse communication trench towards the second German line.  On the way, they passed the entrances to several German dugouts into which bombs were thrown.  A few of the enemy were encountered and dispatched as they moved deeper into the German position. When they arrived at the junction of Ouse and Fowl trenches, the German second line, they found their way blocked by severe shell damage and so, leaving the relative safety of the trenches, they went ‘overland’ towards the third German line, their final objective.

Cyril, born in Brandon in Suffolk on 16 July, 1888, was fortunate to have parents who were not the traditional agricultural labourers or fur-pullers of the town. His mother, Matilda, was a draper and his father, Edward, was a manager at one of the town’s fur factories and the family lived at Ouse Valley View, along Thetford Road. Once Cyril had passed the entrance exam, in 1900, he was able to take up his education at Thetford Grammar School at great expense to his parents. In 1905 he left the school and entered into King’s College in London before taking a career in the Civil Service (Board of Education) in 1907. Between 1911 and 1914, Cyril furthered his education and took a Diploma whilst a student of the Evening School of History at U.C.L. and here he was also awarded the Gilchrist Medal.  During this time he was living in 44 Oakhill Road, Putney.

By the time war broke out, Cyril’s mother was a widow and she had retired from working as a draper, and was now being cared for by a daughter and servant at the family home. In the spring of 1915, Cyril enlisted in the Artists’ Rifles and on 8 October, 1915, he was gazetted 2nd Lieutenant, 7th Sherwood Foresters (Robin Hood Battalion). He went overseas to France on 11 January 1916 and did trench duty with the Territorials of the 1st / 7th Sherwood Foresters up to the time of the Somme offensive. Just before that offensive began he was tasked with taking on the duties of Battalion Bombing Officer which meant he would be in charge of men whose task was to get close enough to the enemy so they could throw grenades at them. On the opening day of the Battle of the Somme (1 July, 1916) he went over with the first wave attacking Gommecourt. It did not go well and many men were mowed down by machine gun fire as they stepped out into No Man’s Land. However, there was one shining light and that was Cyril and his party of men who pushed through captured German communication trenches and attacked several enemy dugouts along the way with grenades: 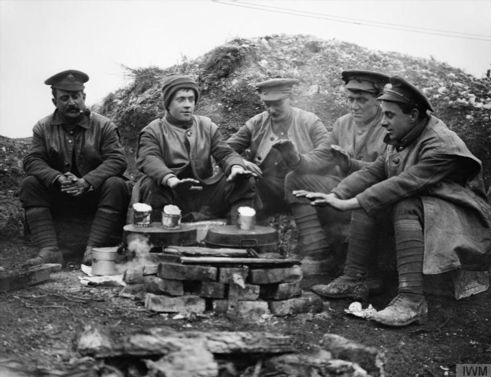 “4894 Pte J Banks was one of the group accompanying 2nd Lt Burton.  He later recalled how, after leaving the German second line about four of them took up position in a shell hole where they observed some Germans retiring over the top.  They were hurried on their way with a few pot shots before Banks and his mates decided their position was too exposed.  They then concluded that a retirement towards the front line and hopefully a meet up with some reinforcements was the most judicious course of action.

“2916 L/Cpl Oldham was another member of 2nd Lt Burton’s group.  He remembered Burton had been hit in the thigh before the attack had gone in but had refused his superior’s order to retire and now the young officer continued to advance at the head of his small bombing team before being hit again just in advance of the shell hole his men were occupying.  Severely and probably mortally wounded, Burton crawled back and managed to fire off two or three rifle grenades at the enemy.  His men attempted to apply a tourniquet to staunch the flow of blood before Burton set off to the rear, either in search of help or medical treatment. He was never seen again.”

Cyril had led his men to their first objective and then from here they drove deeper into the enemy trench system before they overstretched themselves and had to withdraw.  Cyril did not return to his unit and was classified as ‘missing’.  The assault had been costly for the Sherwood Foresters and half their number had been killed, wounded or taken prisoner. A few days later Cyril’s mother Matilda received official notification that her 27 year old son was missing.