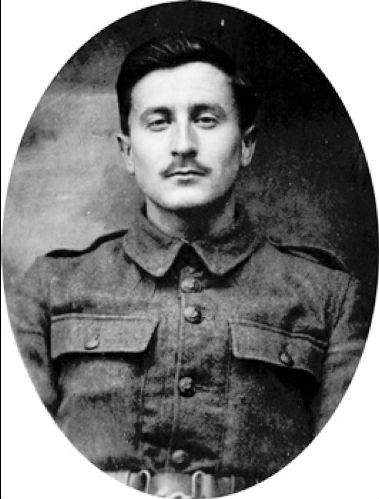 Edwin died in Flanders on 14 April 1917, in the first hours of the Arras offensive. He was the son of Alfred (a wheelwright & coachbuilder) and Florence Faulks, 217 Putney Bridge Road. His name is listed on the Arras Memorial in France.

He joined the 25th London Regiment in Putney, which was moved to Richmond Park in May, 1916.

It was from here between 17 October and 8 November, 1916 that Edwin was transferred to the 9th London Regiment (Queen Victoria Rifle's), which at the time was serving in France.