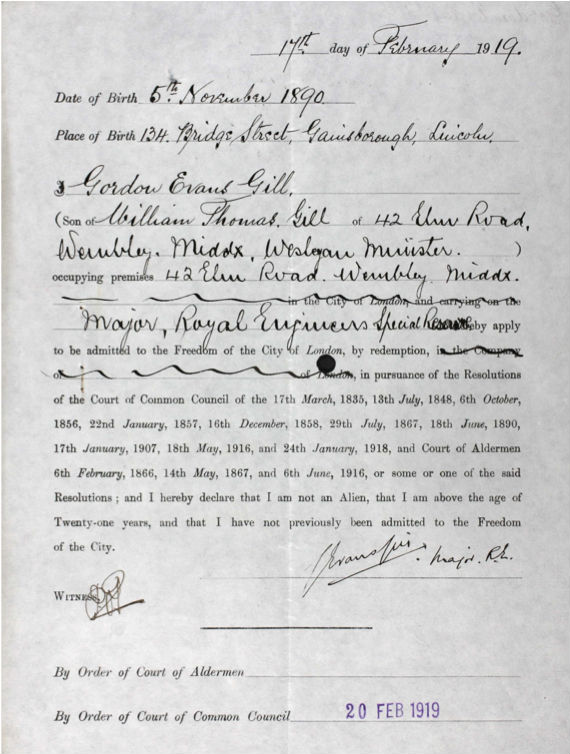 As was the case with Captain Austin above, Gordon’s father Reverend William Thomas Gill was a local Methodist minister.

Gordon fought at Gallipoli and in Palestine, and was mentioned (twice) in General Allenby’s dispatches for bravery.

Shortly before his death he was honoured with the Freedom of the City of London (right).