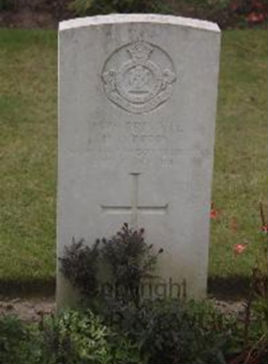 He is buried at Quatre-Vents Military Cemetery, France. Oscar's mother  requested that the words "until the dawn" be engraved on the stone. At the time of his death,Oscar's family was living at 22 Ashlone Road, Putney. Oscar's father was Charles Perry, aged 45, a ticket inspector for an omnibus company. His mother was Jessie, aged 41 born in Chelmsford, Essex.