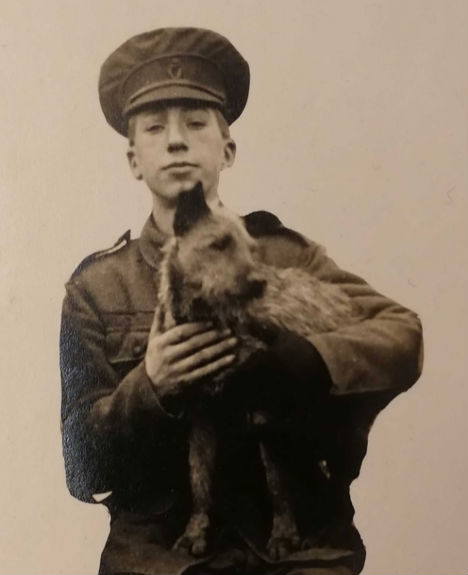 Ernest was the son of Ernest (a carpenter and joiner) and Elizabeth Sophia Heath, of 21 Fanthorpe Street, Putney. At the outbreak of war, he was working as a junior clerk in a shipping office. He died in the Battle of Loos. Buried at Cabaret-Rouge British Cemetery, France.

“A number of people from Putney Methodist Church enlisted together, I guess it was one of the ‘pals’ divisions. Sid Fern (whom Joan Seakins, one of our living members, can remember from church) and another friend went out into no-mans-land to bring Ernie’s body back."

On the day of Ernest’s death, 25 September, 1915 – some members of the London Irish Rifles carried out a plan to dribble six footballs towards enemy trenches in a show of unrivalled British bravery. 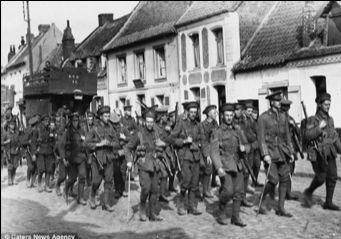 It was the ultimate show of courage - a move so bold that their own commanding officer even tried to sabotage the plan, by shooting five of the balls. One was hidden, however, and they went ahead.

The men were led by Sgt Frank Edwards, who dribbled towards the German lines under relentless German gunfire. After only 20 yards, he was shot in the thigh, and others took over as far as No Mans Land, where the ball became entangled in the barbed wire!

This episode is commemorated at the ‘Rifleman’ pub in Twickenham, where the ball has been preserved.  This remains a poignant tribute to the men lost at The Battle of Loos. Of the 60,000 British soldiers, 21,000 died in the first three weeks of fighting.

One of the victims, two days after Ernest, was Rudyard Kipling’s son, John.