Cecil was working as a silk merchant’s clerk when he joined the London Regiment in 1916 in Battersea. He lost his life in the closing days of the Battle of Passchendaele on 4 November, 1917. His name can be seen on the Arras monument for British soldiers with ‘no known grave’ (cemetery shown below).

He lived at 18 Carmalt Gardens, Putney, with his parents William (an ironmonger) and Caroline, three sisters and younger brother.

For reasons that are not entirely clear, his name was not inscribed on the Church's War Memorial but was listed at the dedication service held in 1920. For more details see the article here. 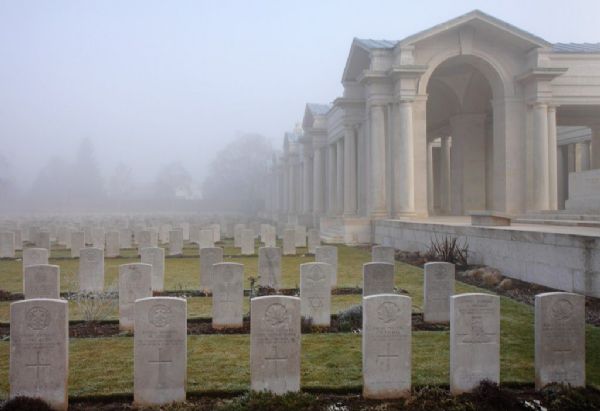