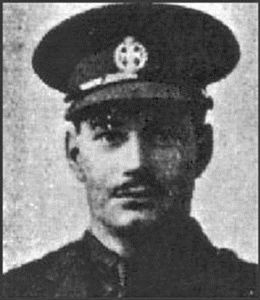 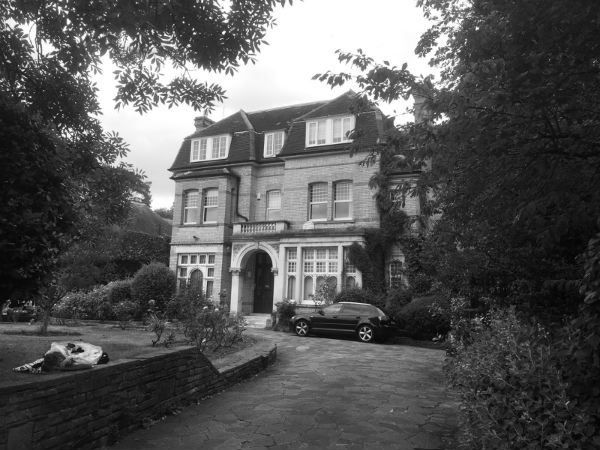 On the 1911 Census form, Stanley was aged 19 having been born in Putney. He was employed as a stockbroker's clerk. His father was John William, aged 50, a stockbroker, born in Dundee. His mother was Emily Beatrice Reacher, she was 43 and had been born in St. Austell, Cornwall. Their eldest child was Dorothy, aged 20, who was not working and was born in Kensington. After Stanley came two younger sisters, Kathleen Frances Irene aged 13, and Olive Margaret aged 11, also born in Putney.

"REACHER, STANLEY WILLIAM, Captain., 16th Battalion. The Rifle Brigade (The Prince Consort's Own), only son of John William Reacher, of Arkindale, Putney Hill, London, S.W., Retired Stockbroker, by his wife, Emily Santo, dau. of the late John Crowle. of Phillimore Gardens, Kensington, W.; b. Putney, S.W., 2 Nov. 1892; educ. Willington School there; St. Paul's School, and Hann-Münden, near Cassel, Germany; subsequently joined the staff of Messrs. Gordon L. Jacobs & Co., of the London Stock Exchange, with whom be remained until the outbreak of war; joined the Artists' Rifles in Sept. 1914; was gazetted 2nd Lieut. The Royal Warwickshire Regt. 10 Feb. 1915; transferred to the 16th Regt. The Rifle Brigade the following month; was promoted Lieut. in July, and Capt. in Sept.; served with the Expeditionary Force in France and Flanders from Feb. 1916, and died in hospital at Bethune 4 July following, from wounds received in action a few hours previously, during a night raid upon the enemy's trenches near Festubert. Buried in the British Cemetery at Le Touret.” 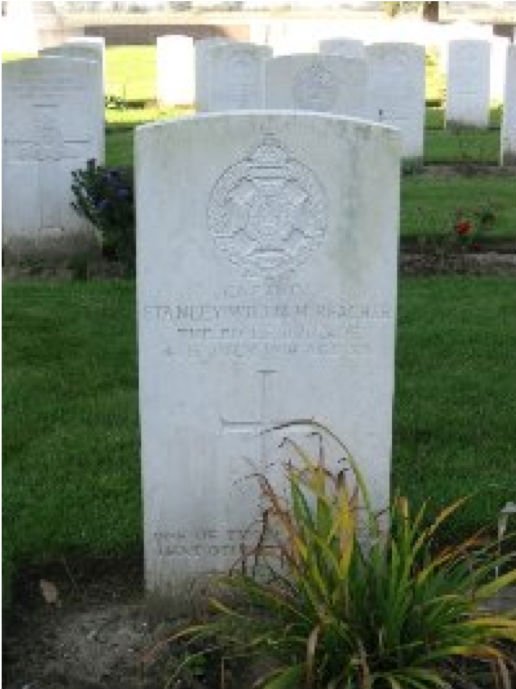 His Colonel wrote “In a large raid on the German trenches your son was gallantly leading his men when he was mortally wounded in the chest, and died the following morning. He led most gallantly, and his men avenged his death well. The operations were a great success, and your son's gallant charge through the enemy's wire, and on to the parapet, where he was wounded, had a great deal to do with that success. He had all the best attributes of a soldier; brave as a lion, he had done most excellent patrol work without flinching and went into action with a smile. He will be hard to replace in the battalion. My own personal loss is great," and Capt. Brickwood, his senior in the company, who received the D.S.O. for his part in the raid, wrote: "He was a keen soldier. I see him now, leading his men across the enemy trenches that night, encouraging them on, until he got hurt. . . . I have lost my best friend."